Before we talk about your phone plan you should know that this page may contain affiliates. However, I will never recommend resources which I do not find helpful or useful to myself. For more information on what this means please see my Disclaimers and Policies page.

One of the first things to do in Australia, is to get a phone plan set up. Australia is home to three main phone companies: Telstra, Optus, and Vodafone. One of the things that shocked me about phone plans in Australia is the amount of data that is offered for the low prices. Getting a phone plan set up ASAP is a very useful tool in getting oriented to a new city. You will be less dependent on finding a WIFI connection to get your bearings and access maps.

If you are coming from Canada, you will find that there are differences in coverage between companies, which does not happen as often at home. The cellphone towers In Australia are not mutually used by all the companies (As they are in Canada). This lends to differences in coverage. The coverage also varies between regions. For example, Vodafone’s coverage is limited predominately to the East coast of Australia. But, this would be less of a problem if you planned to spend a year in Sydney. If you know which areas you will mostly be travelling in than consulting a coverage map may provide some guidance on which phone company is right for you. In general, these three phone companies will tend to have service in major cities. The differences lay in rural coverage.

Once you have selected a phone company based on your needs and budgets, you can pop into most malls and you will find kiosks or stores dedicated to the various phone companies. We were required to provide our Working Holiday Visa information as part of the sign-up process. Since, you will likely not have Australian credit, you may be asked to provide a deposit. This goes towards your future bills. We were asked about our at home employment, my significant other was approved; however, my imaginary credit was not. This meant that we had to go on a joint phone plan. All of these companies offered one-year contracts. Plus, the option to bring your own phone (Since you should have had it unlocked before you left…).

Which phone company did we choose?

My significant other and I planned on purchasing a van and spending the majority of our time on the road. Our combined phone bill is roughly $120, and provides a joint total of 90 GB of data. In other words, more data than I could ever hope to use for roughly the same price as my monthly phone bill in Canada (And that is my phone bill alone, not even including my significant other!). Given how much we pay in Canada, we found the Telstra price less shocking and found piece of mind in the idea of having more data and better coverage. Our travel companions did select Optus and we have noticed a few places where the coverage does not compare. In the end though, it is up to you and your needs.

Let’s turn this debate to you! Which phone plan do you use in Australia and how do you find the coverage? Any unanswered questions? Let’s hear them. 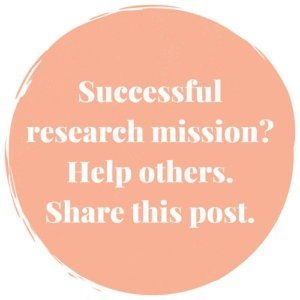 Share on PinterestShare on TwitterShare on FacebookShare on LinkedInShare on Email
« Moved to Australia? Here Are the First Actions You Need to Take
How to Choose the Best Australian Bank for Travellers »